Up too early after packing late Friday night. The fever had finally broken but I was still feeling weak. I checked in online while Tatyana drove me to SFO (Thanks honey!). I must have been the last to check in as I had no choice in seat selection anymore.

Around 6:15am Tatyana dropped me off at the American Airlines counter where I strapped the cardboard wrapped ice axes to my backpack so that I didn't have to pay $100 for a second checked item. Checked the bag in and was off to the security lines.

The lines weren't too bad. Of course the security officer gave me a hard time over the name on the ticket: Bart versus the name on my passport: Bertold Franciscus. Never mind that the name on the ticket was the name I filled out online and not in anyway linked to an official identity. I could have entered anything. Luckily my drivers license says Bart and with that I was allowed to pass. 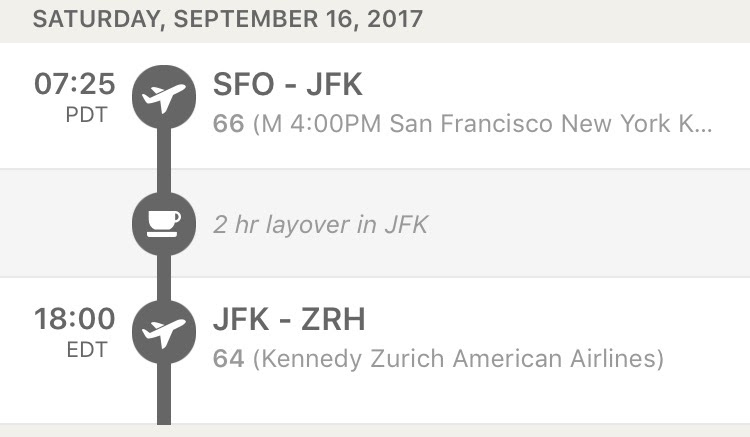 Made it to the gate just before boarding started. No wasted time! Sadly I had a middle seat on the leg to JFK. And boy are those seats small! Little leg room and worse, barely any reclining, which made it hard to sleep during the flight. At least there was power (110V and a USB outlet) at every seat. Plus a decent selection of movies to watch on a personal screen.

The 2 hour layover in JFK was plenty long as the next flight to ZRH departed from an adjacent gate.

I was surprised to find out that the 8 flight across the Atlantic did not have personal screens. Only overhead screens every 4 meters or so. Those screens were small too which made for a sucky viewing experience. The entire cabin is forced to watch the same programming. Ugh!

Didn't sleep much on this flight either. Couldn't find a comfortable position. Maybe next time I should select a window seat when I plan on sleeping. At least then I have a place to rest my head against.

Arrival in Zurich was easy and swift. Entered Switzerland on my Dutch passport and was asked no questions but simply waved in. Marijn was already waiting at the customs exit.

Marijn and I caught up on live's events over coffee while waiting for Siemen to arrive. I was tired with little engery but feeling OK. My first coffee since onset of my fever 3 days ago helped alleviate some of that tiredness.

Delivered the boys their orders after Siemen joined us. AFAICT the orders were well received as did the orange Mountain Hardwear T-shirt I bought for this year's trip.[1] 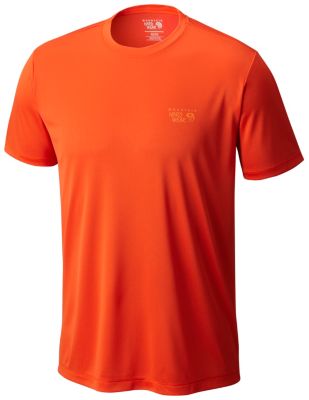 After catching up we started the ~2hr drive to Klosters where we decided to spend the night. Booked a night in the Klosters hostel over eating pizza. 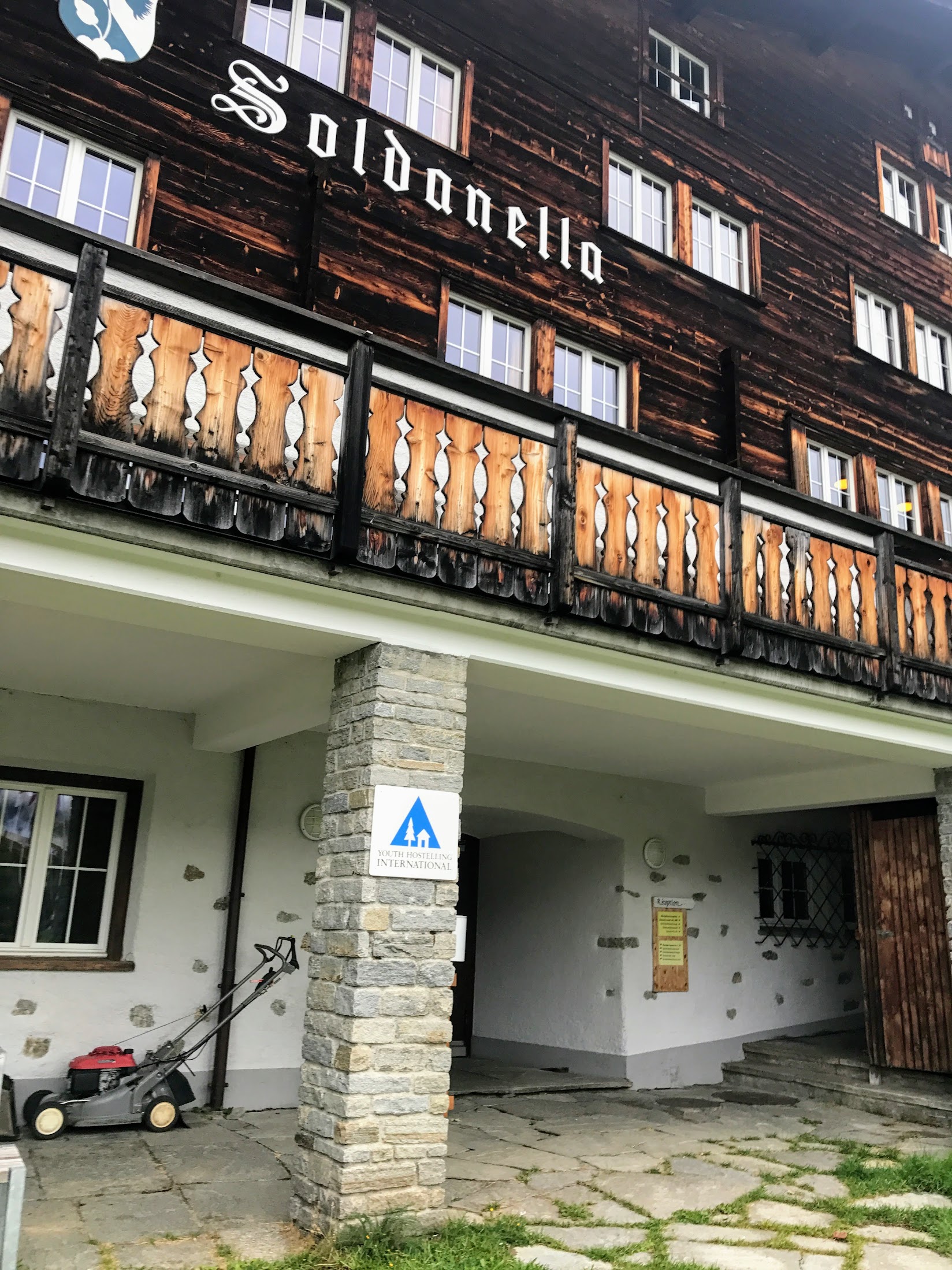 Located the hostel, found it open but unmanned. Explored the place and took up residency in the game room where we sorted out our gear. Discovered that Marijn needed new anti-snow plates for his crampons. Hopefully a store in town has them. Decided what to take and what to leave behind. 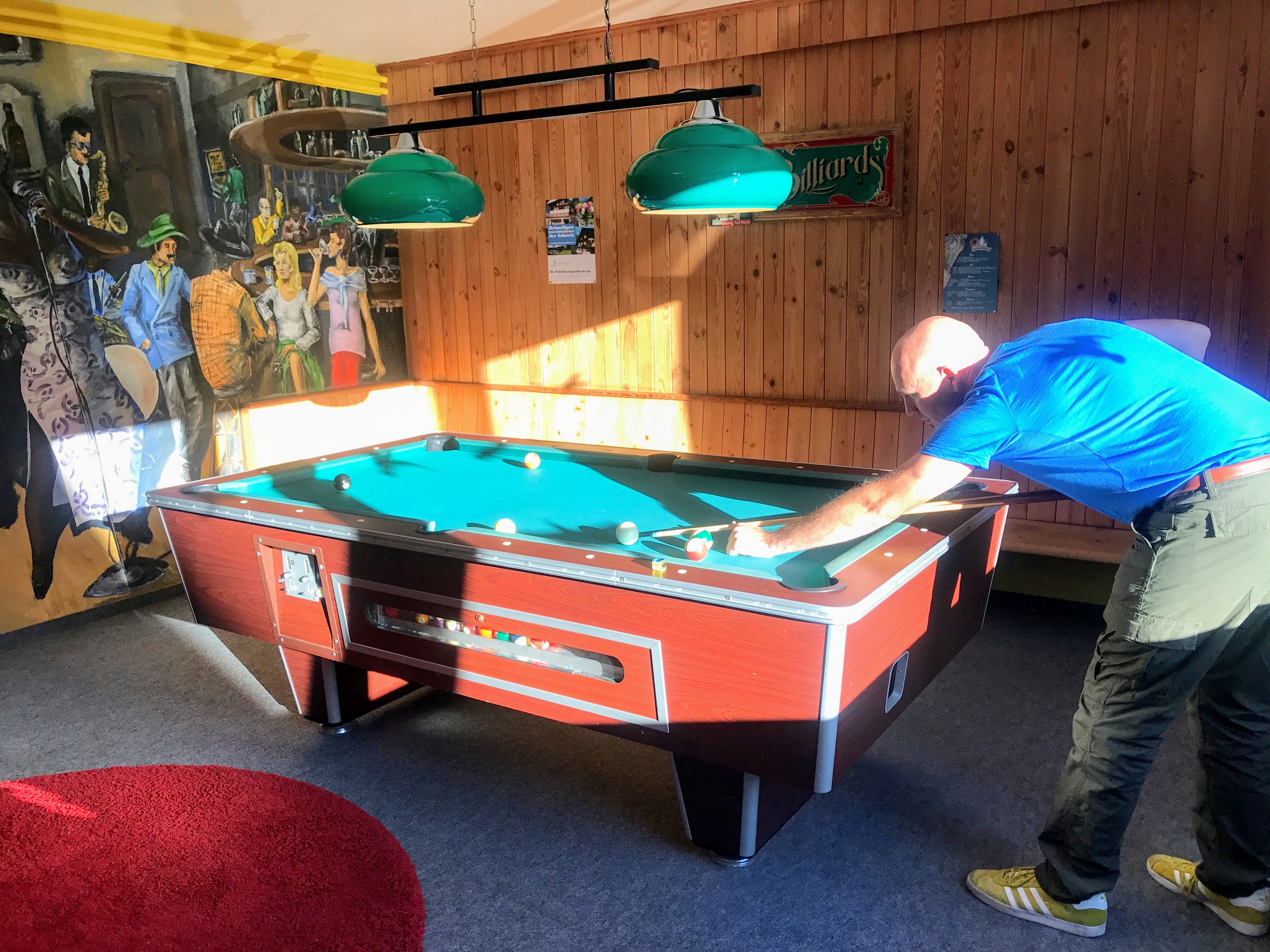 The caretaker walked in while sorting and showed us our room.

I took a nap from 3-5pm to help with the jet lag and felt a million times better. No one was hungry after our pizza lunch so we skipped dinner. 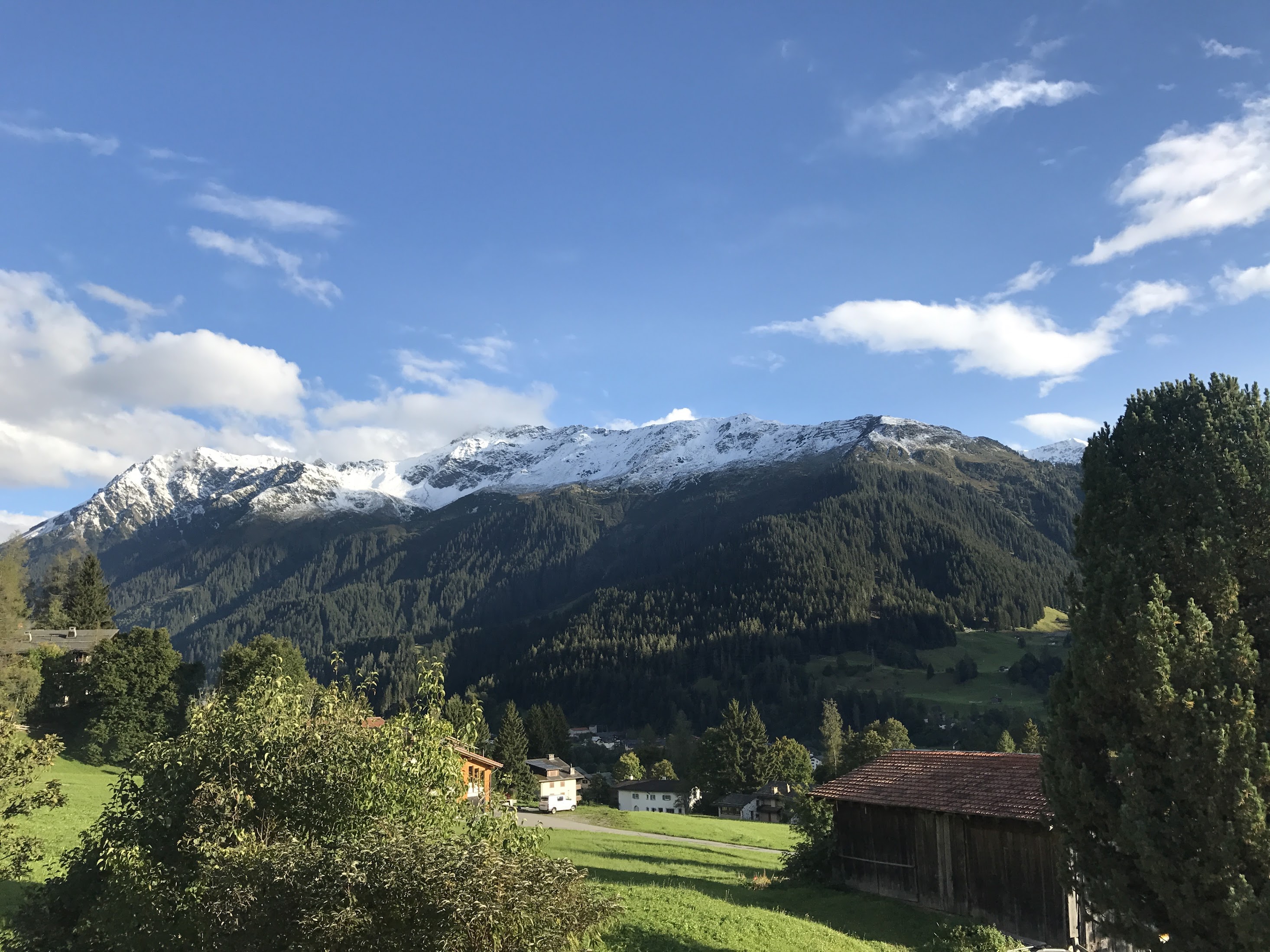 Finished the night with some tea and TV zapping. An early night for all. We turned in around 8pm.