Adam and I continue our welding adventures at Cabrillo college. This week we used a 3/32" high penetrating welding rod: 6011. A very different experience compared to the 6013 and 7018 rods we used previously. A lot more spatter, less slag and deposits a lot less metal. 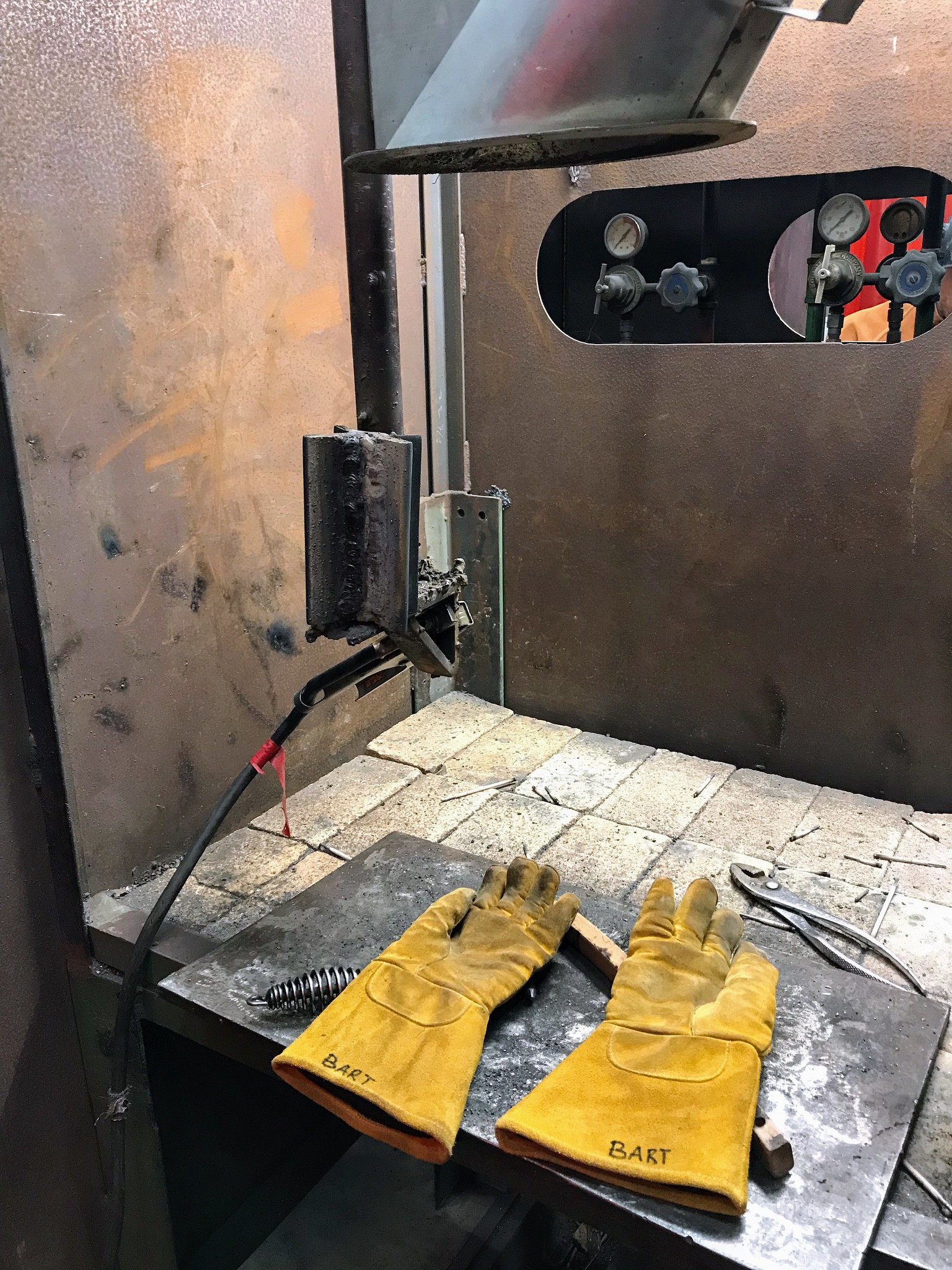 In addition to using a different rod, with different characteristics, I also tried my hand at welding vertical beads. These are known as 3G welds. The first week we welded on a flat piece of steel with the rod pointing down. This is known as 1G welding. The 2nd week we welded horizontally —and you guessed it, this is called 2G welding.

In each orientation, we're practicing laying an even bead in both directions. From left to right and right to left in the 1G and 2G orientations. This week I was practicing my 3G beads from top to bottom and the reverse, from bottom to top.

The main difference in each of these orientations is the impact of gravity on the liquid metal as you lay the bead down. Gravity works in your favor in the 1G orientation, but in the 2G (horizontal) orientation you have to watch out for dripping. Even more so in the 3G (vertical) orientation.

To work in a 3G orientation you tack weld the workpiece to a metal arm to which you clamp the grounding clamp. This gives you better access to the workpiece at a more comfortable working height.

It has been a quiet week. We're still recovering from the flu and thus generally less active. I've barely exercised as I still have a cough. A cough which breathing hard aggravates. 😞